I recently added MIT to my portfolio.

A 7% yield for a blue chip Reit which I believed is sustainable, is good enough for me. I am not bothered by the fact that it is trading above NAV.

I decided to do some stress tests. I am being realistic here, not conservative. You can apply a harsher test for bigger MOS. 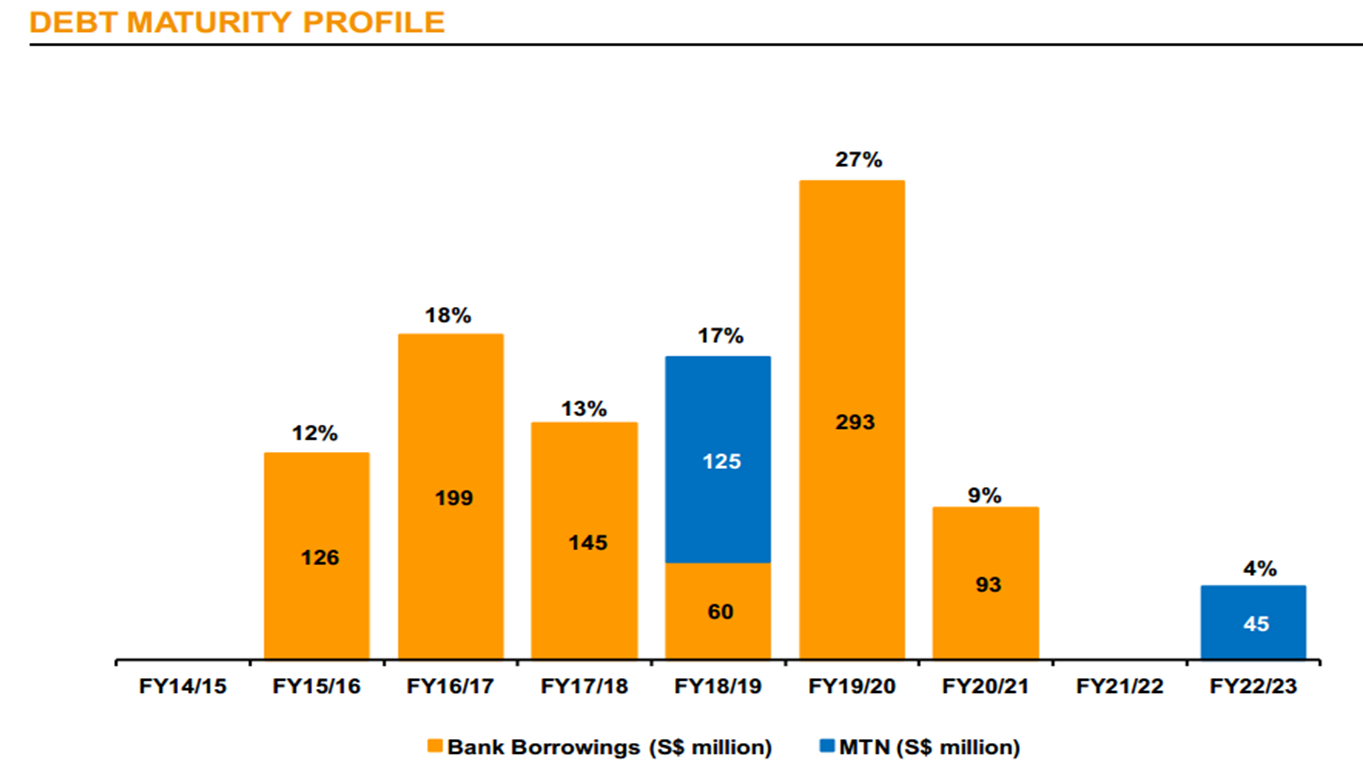 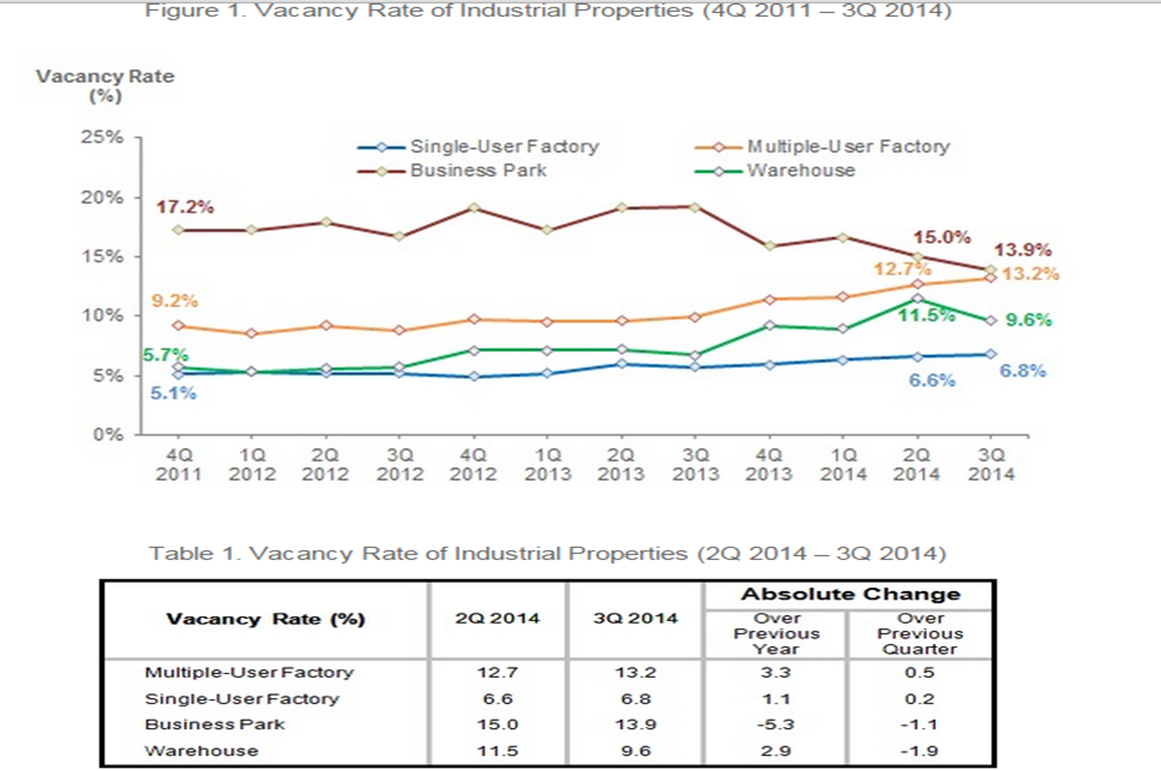 The picture show industry occupancy rate as a whole, you can see vacancy rate has been creeping up except for business park. I like to buy when things are not so rosy to prevent shock. 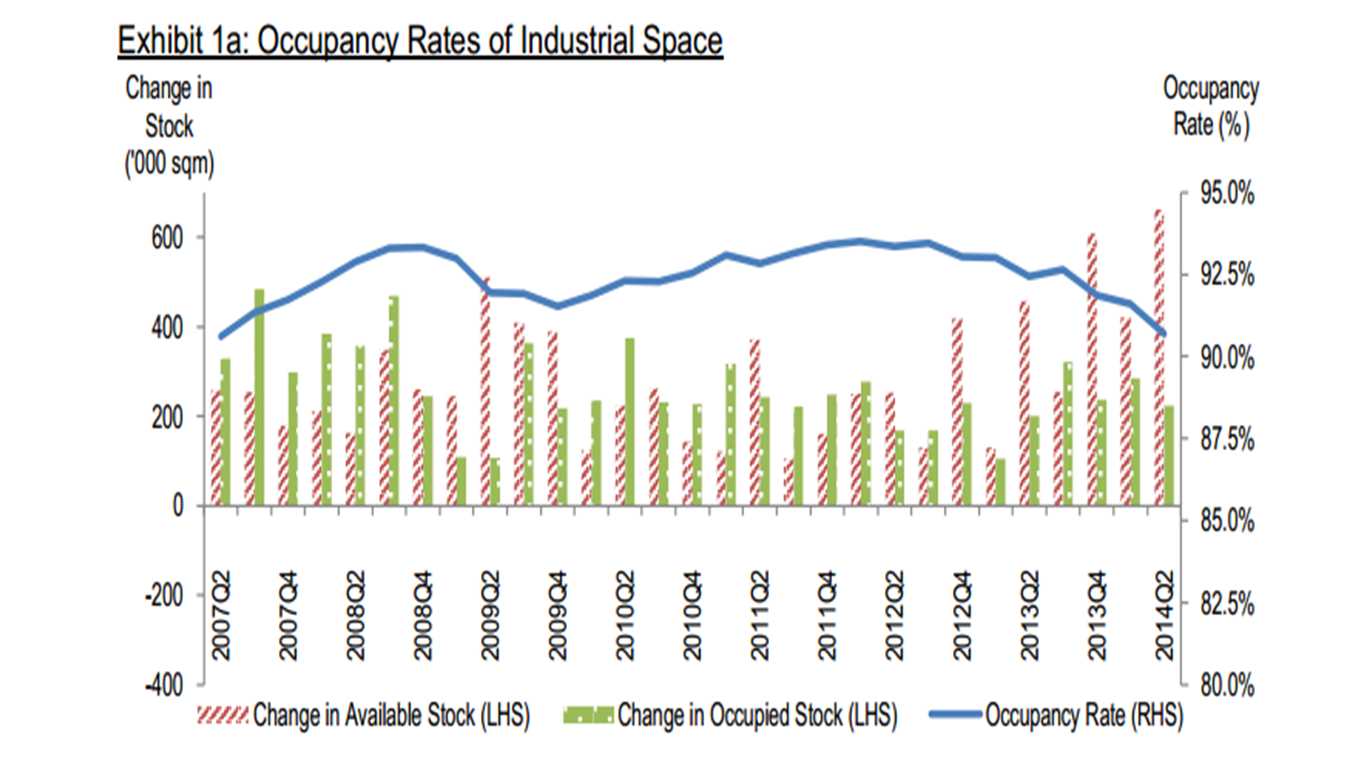 Again, we can see the occupancy rate is already at a low of 90% but taking into the consideration the high available stock release into the system, it is safe to say that we can apply some further discount of 5%, and also 5% fall in rental rates.

Approximate total loss of distribution at 2017 or earlier = 26 mio

However, MIT has 2 BTS fully committed

Both are high tech building 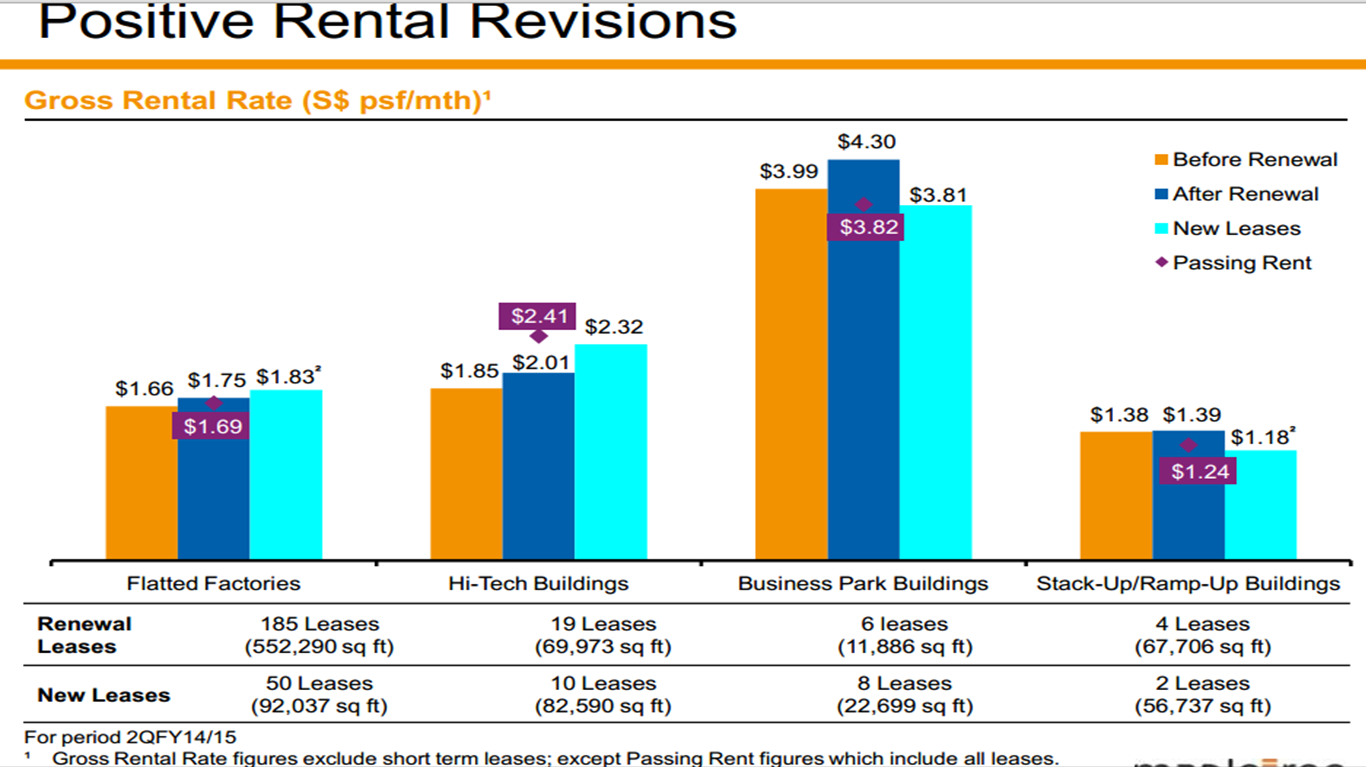 Giving a 10% discount to spot rate, will yield $2.16 per month per square foot, which I think is a conservative enough rate in the next three year.

Assume 10% dilution in the next 3 years due to DRP

With government tapering land release for industrial use, I believe I am conservative enough in the stress test.
(http://www.businesstimes.com.sg/real-estate/government-trims-confirmed-list-industrial-land-sales-for-h1-2015) 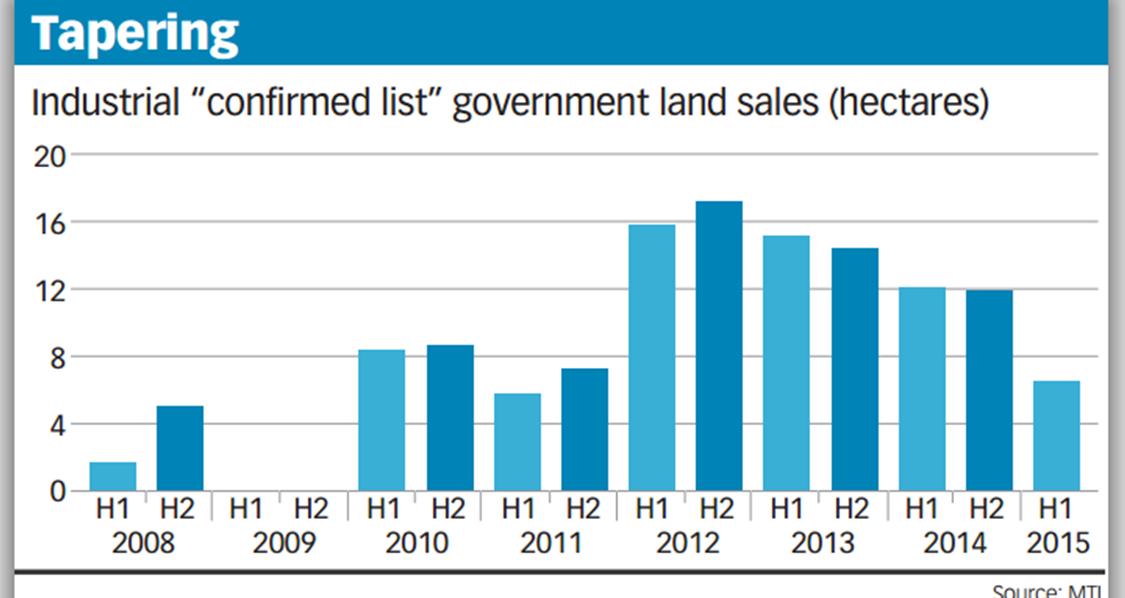 I am quite sure I am not at the peak of the cycle, the longer term demand of the industrial area, will then depend on the economy of Singapore. I do not want to go into that. I believe Singapore Inc will continue to be sound, there is already noise about MAS doing something about our currency to make manufacturing more competitive.

Is 5.8% yield a OK yield for me at the darkest hour? (If my projection is correct, the industrial space will be at its worst in a decade).

Given the strong pipeline of possible acquisitions, and a decent gearing of 33% (Which is expected to fall with DRP), will there be no more injections for the next 3 years to offset the falling occupancy?

My answer is 5.8% yield, could well be the worst case scenario, It is not too far from my target of 6% return and the probability of that happening is actually very low.

So I buy. This is my valuation method. =)

Posted by Sillyinvestor at 1:15 AM