Parkson Retail Asia deserve a second choice, and it should give me a second chance to buy it again.

We need to look at Parkson Retail from another angle.

Yes, it might have disappoint in the growth front, but at current price, what are we looking at?

It got this screen shot from morningstar, if we look at the QoQ results, Parkson results has improved for consecutive 2 quarters. 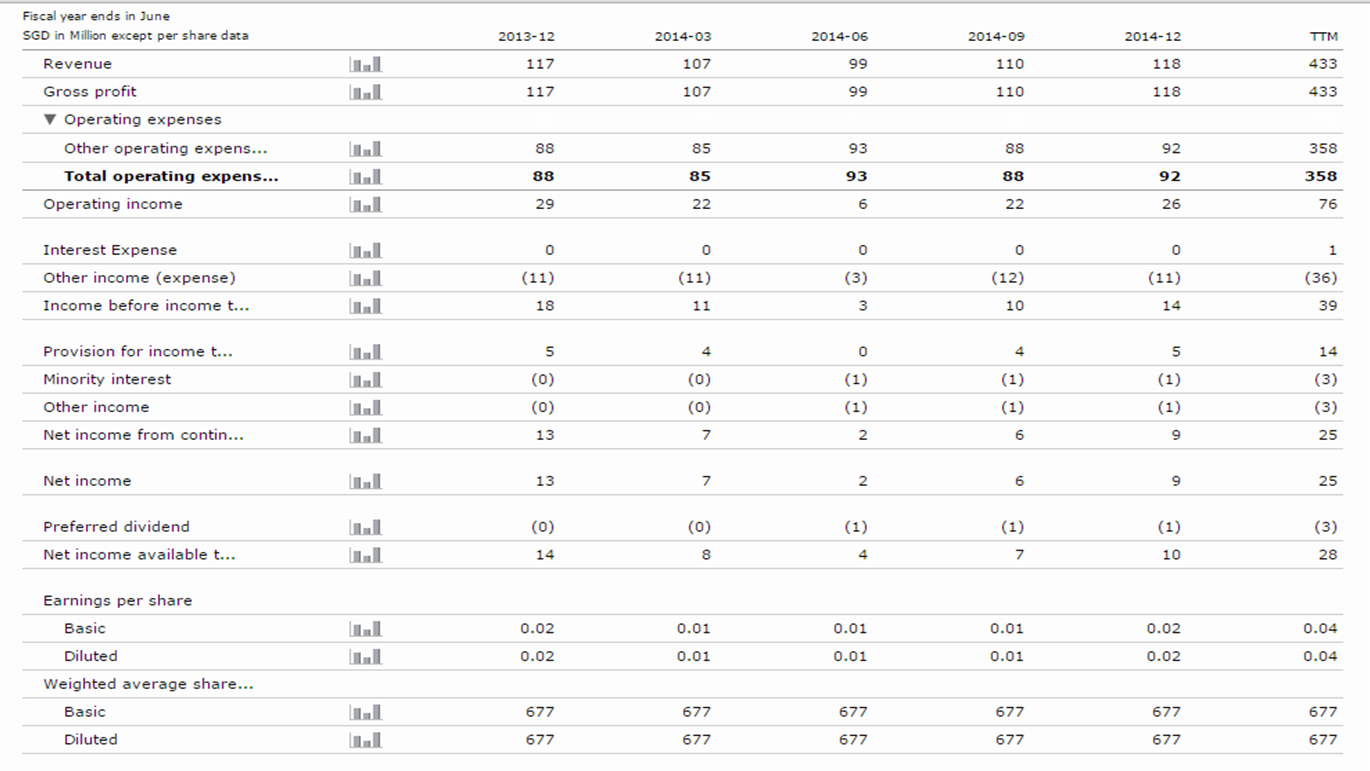 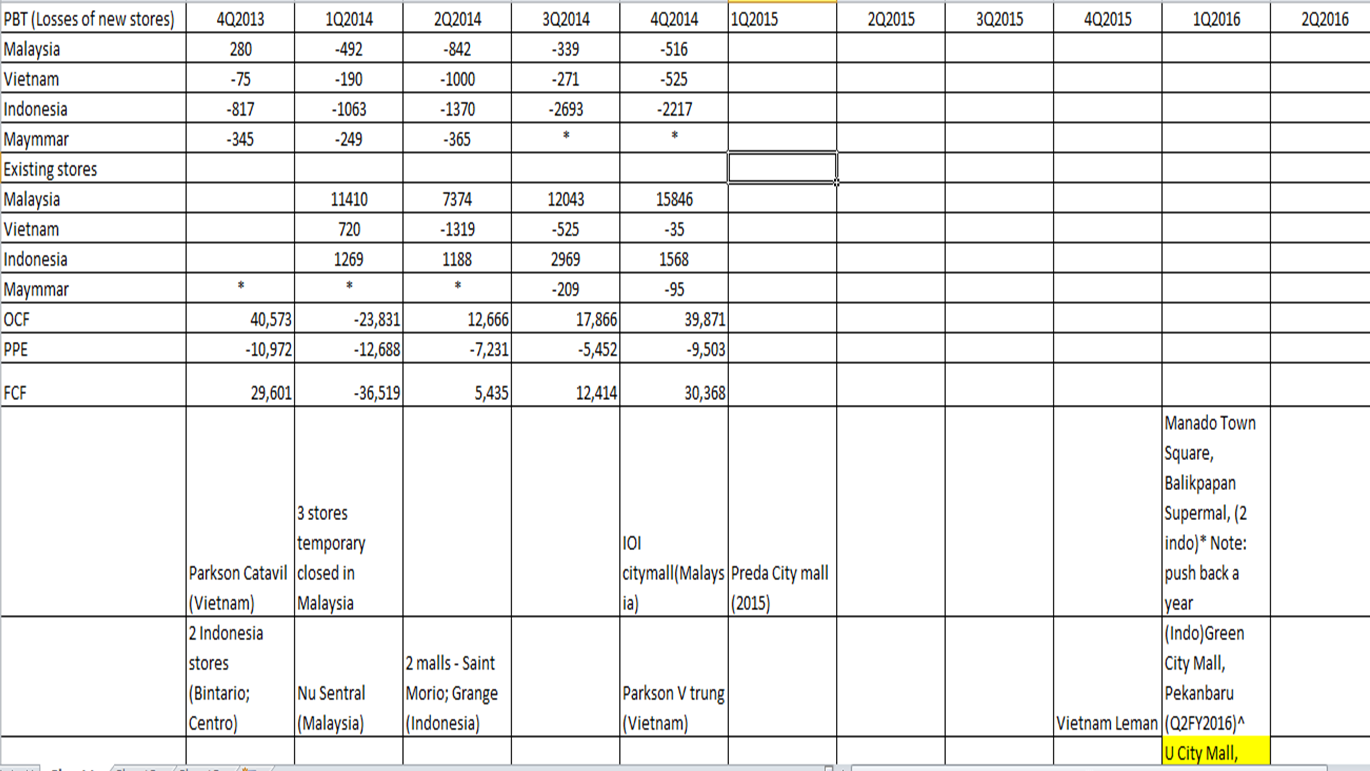 My Quarter results are according to the calendar, not what Parkson Reported, in 4Q, the 3 stores reopened. 2Q is the worst with the most accumulative stores under 1 year (Said to be loss making), which also showed in the losses of new stores analysis, especially in the problematic Vietnam store.

Going forward, the next quarter might be also tough, since 3 new malls opened.

But lets look deeper, the latest quarter Accrual of store closure costs (2,311) has more than offset the gain in disposal of associate (Odel) = 1,379. The accrual of store closure is for Hanoi, I am glad that they throw in the towel! It's ok even if they still need further write down. At least this pain will be over.

If we look at the FCF, although the opening of new stores are rather fast and furious, Parkson still managed FCF every quarter except in the quarter leading up to March.

Also they have push back the opening of 2 new Indonesia malls to a year later. It is not difficult to see why? Indonesia New stores opening are burning profits, and the latest quarter show Indonesia profits falling QoQ, instead of what some analyst report that states Indonesia is the glowing spot.

Despite the doom and gloom, the problem of Vietnam, the giving out of special dividends, the Malaysia facing headwinds, weak Ringgit etc, the cash level of Parkson is at highest for the past 3 years.

It is not too much to claim that it is cash generating machine.

I do not think Parkson Problems will be over anytime soon. Think ringgit weakness and consumer tax. But I do think it will survive and continue giving dividends of 2.5 cents - 3 cents. which means a yield of 3.7 to 4.4 % Not too bad as you wait for the malls' operations to stabilize and the expansion to tamper off.

I would think if Parkson is to fall further, it would really look attractive at more than one fronts.

Yup, I quite disagree with many points a analyst raise about Parkson.

Next, Tan Sri Cheng Heng Jem holds, directly and indirectly, 53.52% of the voting shares in PHB, which is the sole shareholder of East Crest International Limited. East Crest International in turn own almost 70% of Parkson. There is no insider selling, and I assume the Parent would want money to flow back upwards, hence I believe the "will" to distribute dividends will be there. 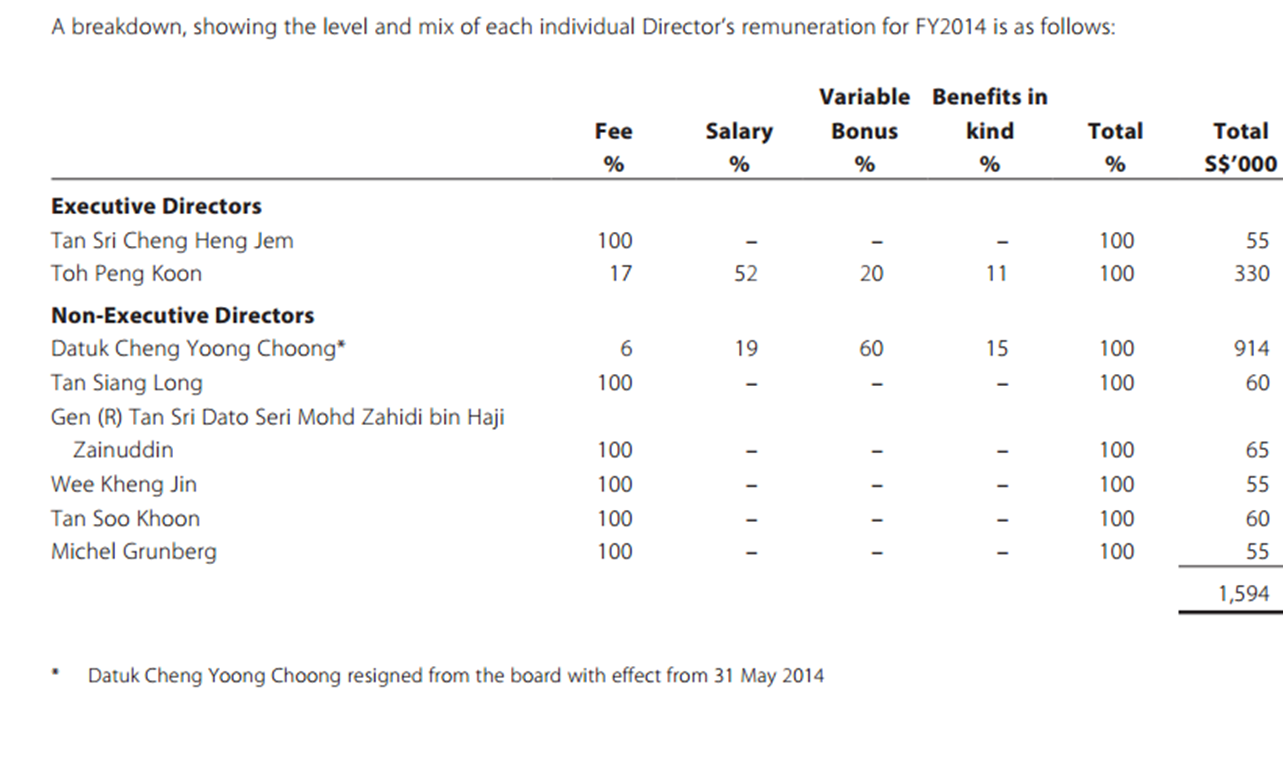 In terms of presence in popular malls, parkson has done a good job too. Look at the three links
1) http://www.kuala-lumpur.ws/klshopping/top-10-shopping.htm
2) http://www.wonderfulmalaysia.com/faq/top10-shopping-malls-in-kuala-lumpur.htm
3) http://web.parkson.com.my/whatson/store-locator/
In either surveys, Parkson is the anchor tenant in 4- 5 of the most popular malls.
Also, if u take a look at Aeon, a competitor in the department store space. U compare Apple to Apple, by taking only Aeon Retailing Segment and Parkson Malaysia Segement, Parkson again fare better.
http://ir.chartnexus.com/aeon/quarterlyreports.php
Although Aeon Has other business segments, the valuation gap for the two is too glaring too
Further Update:
Closed store at Hanoi not managed properly.
http://www.vietnambreakingnews.com/2014/10/image-gloomy-scenes-at-the-largest-shopping-centers-in-hanoi/
http://m.thanhniennews.com/society/retailers-angry-following-parksons-sudden-closure-of-hanoi-tower-37164.html
Parkson has a lot of explains to do, especially with the sudden eviction nearer to CNY

Posted by Sillyinvestor at 2:09 AM