Accordia Trust results is good enough for me. It show that 2Q weak numbers could well be due to weather and not excuses.
It went up more than 5% at one point today. Because with the better than expected results, come another good news, they will distribute 100% of distributable income and also return the 10% they hold on 2Q.
So what are we looking at?
the 10% more from 2Q will add about 0.2. Cents to distribution. (Taking 90yen/1sgd)
Q3 distribution is 2.16 cents, so it would work up to be 2.36 cents
Now, some projections are just projections, because mathematically, it doesn't reconcile. 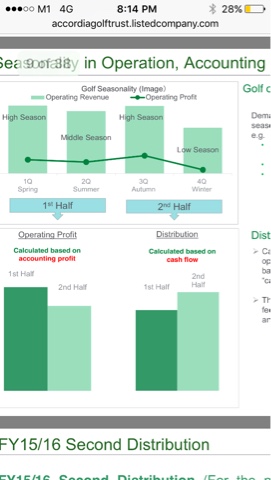 2H distribution would be higher due to higher cash flow. How
Much higher is projected? 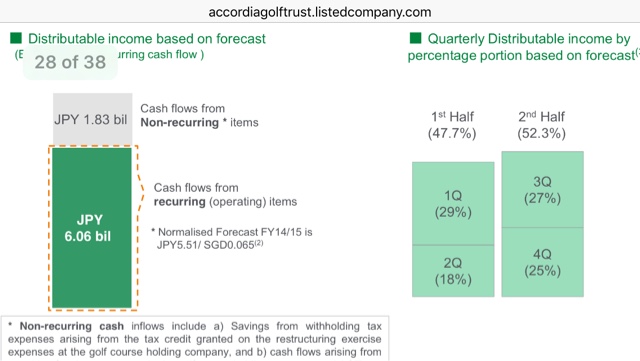 Let's just use 5% more from
1H.
Then 2H will be 2.415 cents. But Q3 is already 2.36 cents.
So, Q4 need only be 0.06 cents.
0.06 cents is hardly what that projected of 25% of distribution.
As research earlier, while the golf courses business is stagnating and it is the Golf drives that provide
The growth for its parent company. Its revenue and OP has been relatively stable despite the ups and downs of external factors 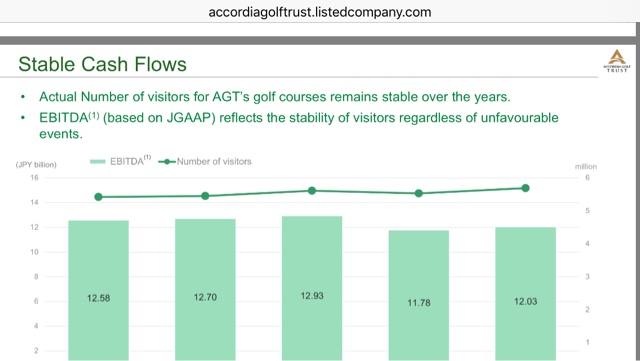 I am still eagerly awaiting its first  acquistion from its parent. I hope it's a driving golf. It would mean that the trust is not just a pure dumping ground. 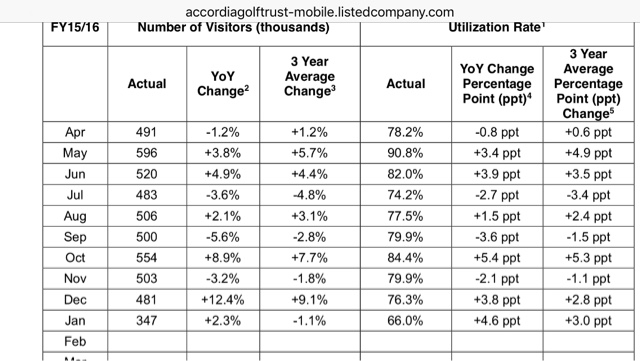 Operating numbers show a big jump in this quarter. January no. Is positive.
So what does all this mean?
If we take 2.4 cents at 2H as a conservative longer term distribution, allowing a quarter of poor results due to weather. The distribution of about 4.7 cents still yield 8.5 % at current price.
So, I expect to get a 8.5%-10% yield this year.
In the longer term, yen would be weaker since USD would be stronger. But JPY to SGD is not so clear cut. Compare this 2 charts 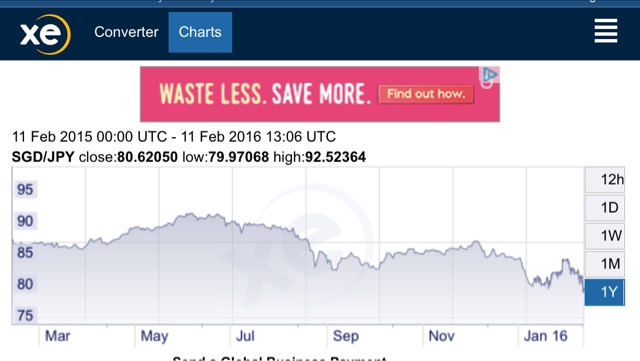 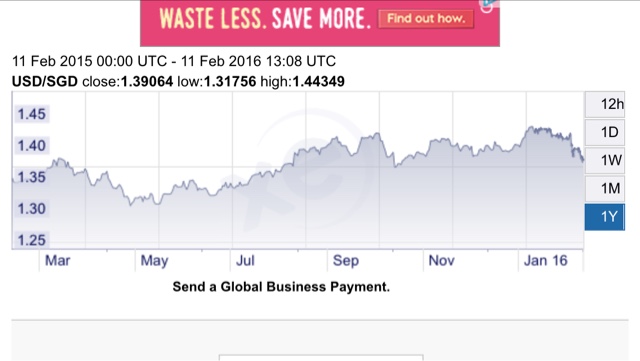 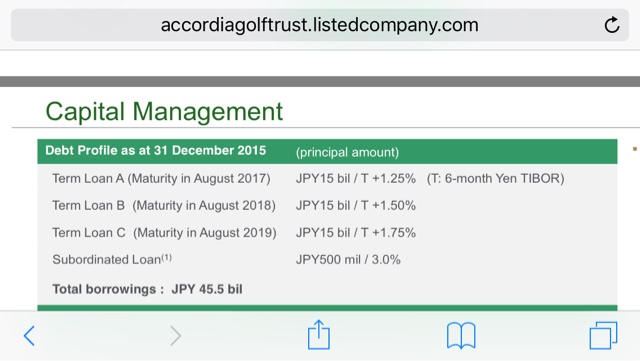 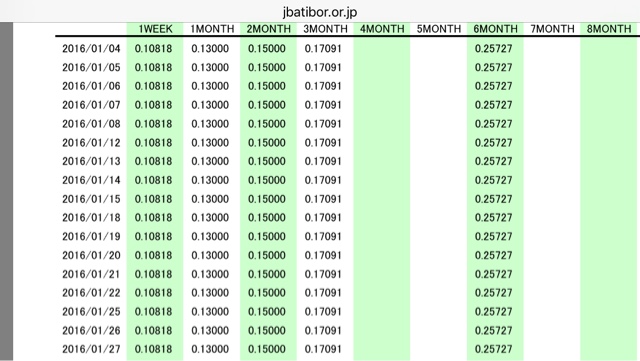 It's loans are in Japanese Yen, and Japanese interest rate is going down with Abenomics. Strange Yen can strengthen against USD with their negative interest move.
However, the Tibor rate is constant in January althought it is going down since 2014.
http://www.jbatibor.or.jp/english/rate/historical_data.html
Anyway, any negative movements could be offset by acquisition.
Conclusion
The odds are high that AGT is no 3 grade  trust that have volatile distribution. Yes, there is interest and currency risk. But as explained, in the near term, things are not looking bad.
I am glad I did not capulate and shut off the noise when they have a poor Q2.
I had my doubts but since it's only less than 10% of my portfolio, I hold my ground, without adding either.
I am lucky, and I was right. If operating numbers is poor for another quarter, it would be more doubtful.
Posted by Sillyinvestor at 5:24 AM