Some ideas for 2017? LOL
Fallen angel initially is used to describe the downgrade of bonds to junk status. I remember attending the fifth person's invest X congress that define fallen angel security to that that fallen 90%

I take 50% from its PEAk for it and I have the following: 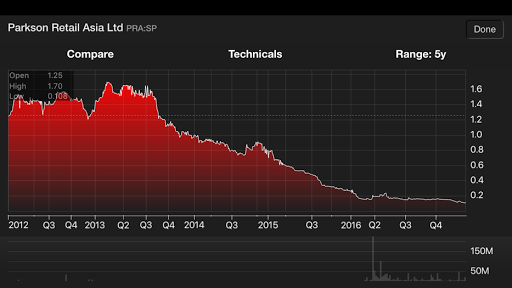 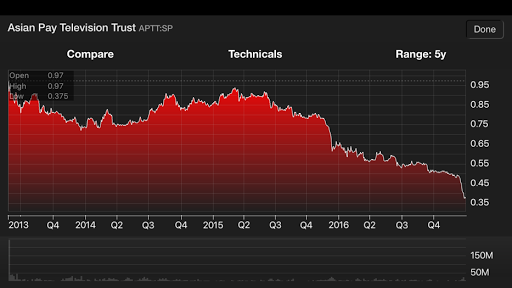 About 50% (thereabout), the following: 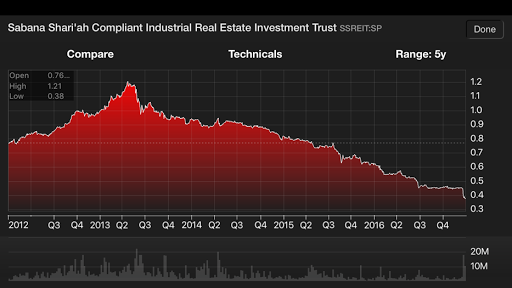 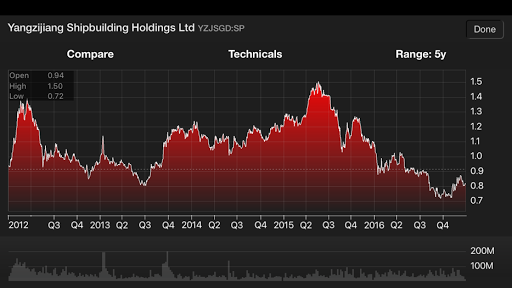 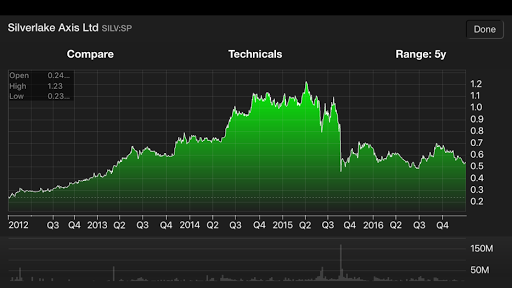 All of them face varying challenges. With the exception of PRA, all are still profitable.

PRA
While PRA has no debts,  its balance sheet is weaker than it seems. It's current ratio is only about 1. Also there is no proper closure to its misadventure in Vietnam. There is emphasis of matter on the amount provided for compensation, and the AR didn't shed much light either. Hence it didn't score well in Coporate governance, especially in the area of manpower (i.e resignations and appointment of very young daughter to very senior post, but such practices is not uncommon for Malaysia companies)

It faces over-expansion problem. Even it's home turf Malaysia is not doing well. Structurally, it faces Macro-political instability and weak ringgits. Weak currency should boast tourist dollars, but it is not happening and I Suspected it got something to do with the political situation as well as the onslaught of e-commerce
It's star performer, Indonesian's market, has also dulled.

There is efforts to diverse its product and service offering to appeal to more mass market, if I read the AR and brands they bring it correctly. However, this diversification is carried not from the position of strength and I am skepetical.
However, if u believe the change in product offerings, reduced pace of stores expansion and year-end festival spending can be the turning point, even for the short term, this could be a meaningful short term trade.
This is no alpha company of cyclical recovery play, but the price is making it interesting.
Verdict: Not vested, watchlist level interest only.
APTT
If u ask me, this company's valuation is interesting. At current price, if u demand a 10% yield, u need 3.8 cents. The current dividend of 6.5 cents is not sustainable, but Mr market is thinking even 3.8 cents might not be sustainable. LOL at 40% cut in payout is already factored in.
I used to owned it, and I did ask my wife to exit around 68 cents. Still profitable if u take into considerations dividends. Heng....
However, I am not touching this. Direct opposition to PRA, APPT's  Taichung expansion  is really too slow. Also, I personally think PAY TV business is dead in terms of Growth prospect. That is why I bought and later sold off M1 but never touch starhub. I consider pay TV a liablility not diversity.
It is so pervasive, the use of apps in streaming of channels or movies/ series; whatever. I am sure all of u heard of VIU, minx etc ...
I walk past Singtel Mio TV advertising a particular movie, but I have already seen the show. Also pay TV in both Singapore and TAIWAN where APTT operates is not cheap. Basic cable is about $25 a month, and as the name suggests, it's just basics. The broadband business is not growing either. The catalyst has to come from TAi Chung.
Verdict: Not vested, not interested.
Sabana
Even dogs should have its day or price. But personally, having gone through the fustration with what the management is doing, I will just give this a miss.
Yangzijiang
I already bought a small stake in this. The reason I bought into this is direct opposite of Sabana, Ren Yuan Lin has successfully push YZJ yard up the value chain of shipbuilding and has shown his business acumen in reading the industry conditions. An alpha company not doubt.
Textbook theory shows that we are near or at the bottom of shipping cycles. Big names have burst, Hanjin, the remaining in Korea and China are restructuring. BDI and Freight rates have bounced off historical low (this is the worst cycle, with BDI at 200s)
There is requirement for greener engine and lower emission of sulphur etc, all these possibly creating demand for newbuilds as supply reduced through closure and early scapping of ships
Below is just a screen shot, I have reading such articles more than twice. 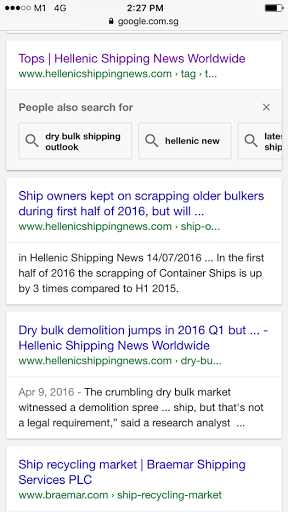 There is a clarison research which I can't find now that show how 2016 is a year with abnormal year with high scrapping of ships.
Of course, HTM is a concern, but it is a reason why it is coping in the downcycle.
Also, Ren has hint that he is ready to increase dividend payout to maintain a decent yield (some analysis says 4%) as he reward shareholders to wait out the storm with him.
Verdict: Vested. Small amount.
Silverllake
silverlake is another out of favor company. It has stop growing and profits is dropping if u strip off the one-off disposal gains.
It's recent acquisitions have also cause expenses to increase much faster than both revenue and profits.
However, the lower profits is due to lower software project revenues, due to the lower capex, the more important maintainance revenue is still growing.
Also, barring unforeseen circumstances, the milking of GIT can go on longer than what most people think, if Silverlake sell another 6 million shares every quarter, they could go on for 9-10 quarters.
One catalyst could be a solid EY special dividend.
Verdict: Not vested, but very interested. Keeping my powder dry for a volatile 2017, but will
Most probably get it if it falls further.
So that's all folks.
What's your radar for 2017. Share lei.
Posted by Sillyinvestor at 6:29 PM