Noble Group crash of more than 30% in a week is the trigger for me to look commodity again. I have initially wanted to take a punt on Noble Group as I thought even with the write down on its Yancoal assets, it is trading at too heavy a discount to NAV. But the search lead me to somewhere else. 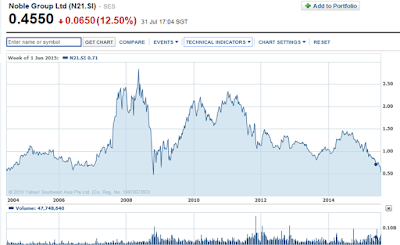 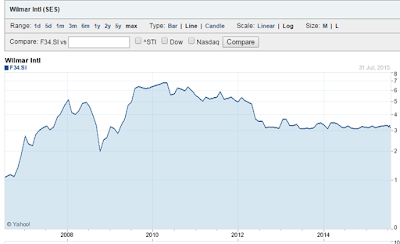 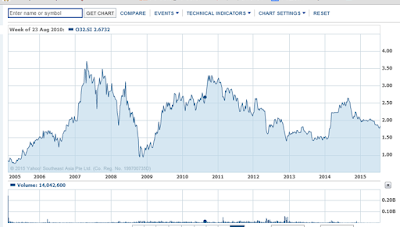 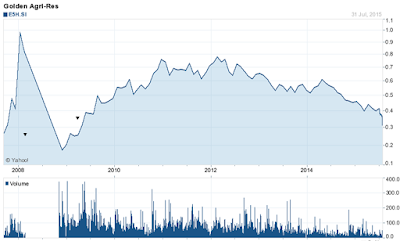 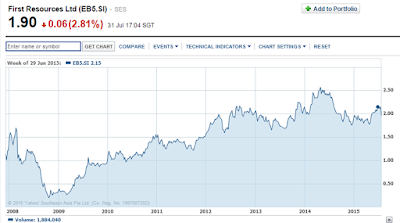 With the exception of First Resources (The third is Olam, Name got cut off), all counters have experienced a drop of at least 50% from its peak.

Golden agri and First resources were on my radar, both show a deterioration of earnings due to the weak CPO price, but First resources was incredibly resilient. It was better plantation profile and the "growth" in production might be the reason why the company holds up well. The growth in production would have somewhat offset the weakness in price.

I then went on to take a brief run using Bloomberg on the companies earnings, balance sheet and cash flow. Do note that Bloomberg numbers are not always 100% accurate, but it serve as a good preliminary screen nonetheless.

I was then drawn to the fact that Wilmar has rather resilient positive FCF, and given the bulk of Wilmar's earning still come from palm oil. I decided to look further. I check the ARs Wilmar and the +ve FCF is correct. They have also start to reduce their debt.

Going back to the previous point about plantation profile, while Wilmar did not have as young a profile of plantation as First resources, it is still younger than Golden Agri and they deliberately show the profile of 15-17 years old (Still prime but going beyond 18). 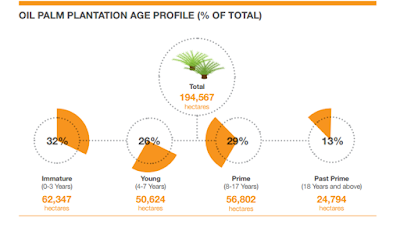 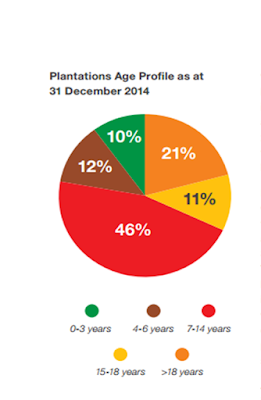 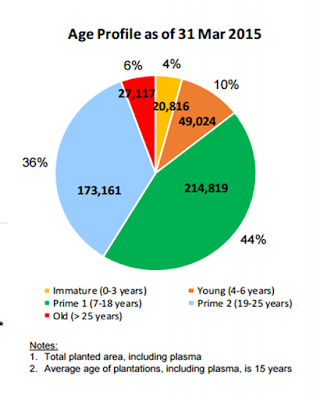 I also saw clear possible "growth engines" in terms of the consumer production (Its profits has been growing for the past 5 years), especially since they have now acquire Goodman Felder. The impact of this acquisition will show in the 2Q.

Given that Market "might" be correcting in the weeks ahead , possibly due to worsening of Malaysia's Situation having a knock on impact on Singapore, I decided I will read up more on Wilmar and will update accordingly when my research is done.